The last PPV before one of the Big 4 always has an air of predictability around it. Major feuds have already begun to take shape, with the long term plans of WWE beginning to take shape. Nevertheless, Smackdown has done an excellent job of creating intriguing matches without making the end results too obvious. While certain gimmick matches look likely to disappoint, this PPV should be an excellent segue to SummerSlam. Here are my picks for Battleground:

(Reminder: Selections for championship matches are based on who walks out with the title rather than the technical winner.)

I feel like I’ve seen this before. On television, this will be the 4th match between these two. Although 4 matches are by no means overkill, each of the previous three matches have ended with Dillinger winning decisively. Now, the next chapter in their “rivalry” comes in the kickoff show of Battleground. Both competitors have been left with little to do, so seeing them at a PPV is certainly a treat.

Fans have been clamoring for Dillinger to get a meaningful feud on the main roster since his debut, but that has yet to come to fruition. Despite the lack of TV time, he remains a huge favorite and will give the fans something to cheer about just before main show begins. Here’s hoping that this will launch to something more important leading into SummerSlam. 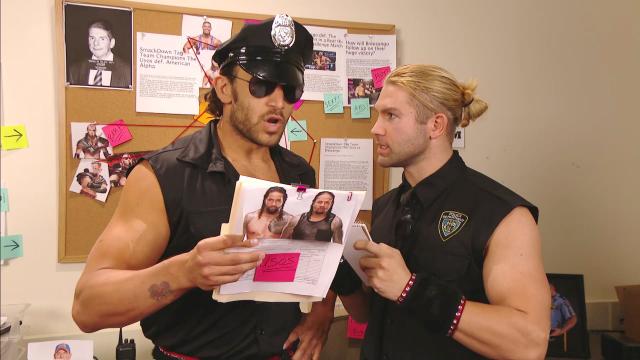 Since losing their title shot, Breezango has been on the hunt for the team that attacked Tyler Breeze backstage. The investigation has led to some entertaining segments of The Fashion Files, as well as victories over The Colons and The Ascension. As the pair have moved from team to team, their work has turned up nothing as they have eliminated almost all the tag teams on Smackdown as suspects. However, at Battleground, the attackers have confirmed they will appear.

While no team has been confirmed or even rumored since the revelation on Tuesday, The Singh Brothers seem like the most logical choice. The pair has yet to do any more than work as punching bags for Randy Orton, so giving them a feud will allow them to grow as competitors. Add in the fact that American Alpha is now done and The Hype Bros seem set to split soon, the tag team division is going to need competition.

The arrival of Mike Kanellis was well received by many fans as he had an excellent career on the indie scene. After debuting with his wife preaching about the power of love, the hype around has slowly died down. Now that he has an actual feud to show of his ability, he could not have a much better first opponent than Sami Zayn. With Zayn “disrespecting” Mike and Maria, these two stars should have an extended feud.

Both of these men need a win. Zayn has been taking losses since coming to Smackdown Live with the exception of an upset victory over Baron Corbin at Backlash. Given the fan support for Zayn, he should certainly be higher up the card or at least challenging for a mid-card title. While the feud with Mike Kanellis is by no means a downgrade, the hope is for these two to put up a good match with a dirty finish to increase the animosity and build to a bigger payoff.