After a couple years of superheroes being introduced to the pantheon of Netflix (Daredevil, Jessica Jones, Luke Cage, Iron Fist), Marvel is finally unleashing the final result of that work. The superhero team-up has all the makings to be an absolute extravaganza that will be talked about by everyone. Despite the mixed bag results that the previous shows have provided to this point, Marvel will certainly pull out all the stops to make this series an unmittigated success.

While many of AMC’s best shows have become prevalent in today’s pop culture (The Walking Dead, Breaking Bad), some of those shows remain under the radar. Halt and Catch Fire has been an excellent show over the first 3 seasons, and now comes to an end with a fourth. The story of these computing pioneers has proven to be engaging throughout, and should provide an excellent finale.

Whether you are a fan of Chuck Lorre or not, his shows have certainly left their mark on pop culture (The Big Bang Theory, Two and A Half Men). His ext venture comes on Netflix led by the talents of Kathy Bates. The show is centered in the a marijuana dispensery in Los Angeles. Insanity is certain ensue, and you should catch that insanity. 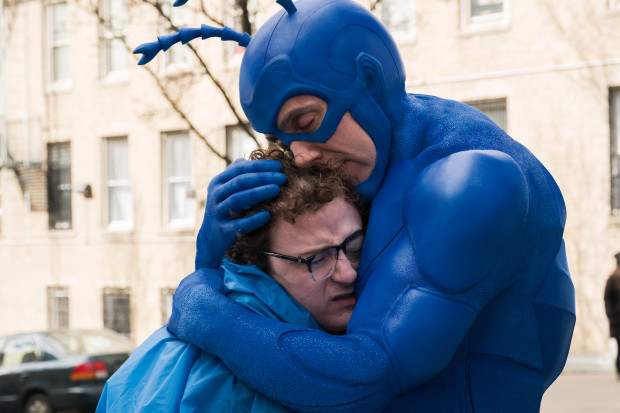 With the major influx of superheroes in the last few years, it is always nice to take a step back and take one much less seriously. The Tick is being remade on the small screen with the hopes of bringing some levity to the superhero genre. The show is bound to be filled with gags and jokes a minute, so you should be sure to check it out.